Wow, did I have a scare this week. Now that the holidays are over, I’m trying to get more organized and back on track. So, I was working on an article for Our Write Side and needed to insert a couple pictures. When I went to upload them, my computer wouldn’t recognize the card. Thinking nothing of it as this has happened before, I restarted my computer, which has fixed the issue before. This is where the trouble began. My computer glitched out and would not reboot no matter what I did. My computer kept

throwing errors every time it tried to restart. This terrified me because I had stuff on my computer that had not gotten backed up. I’d been planning that after I got the article done. After much consultation, swearing, panicking, and praying, I got my computer to work. I immediately backed up all my stuff. The moral here—do lots of backups.

I’ve had a lot of fun watching my son discover the new Star Wars movies. For Christmas, I took him and my husband to see the newest one in theaters. We’ve been playing all the Star Wars movies at home, too. He is absolutely in love with BB-8; it’s so cute. What I love, though, is to see him wrapped up in the magic of Star Wars like my husband and I

were when we were kids with the original trilogy. It somehow seems à propos that the new Star Wars is a new chapter in that world for the whole new generation growing up with Star Wars, just like we did. And I love how the new saga has strong, well developed, and independent female characters in lead roles. It’s a great lesson for my son as he absorbs that galaxy far, far away.

I am once again discovering my love/hate relationship with iTunes. With my new computer—reference the first thing discussed in this post—I’m re-setting everything up. For the most part, things are going smoothly. I’m going to have to manually reload all my fonts and such for my graphic design work, but that’s not a surprise. iTunes, though, is giving me a much bigger headache. I know a big part of what’s going on is trying to prevent music pirating. However, it never fails, I end up in a position like this where I’m 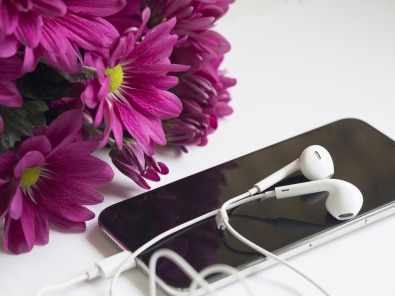 having to do something with my library and I have nothing but headaches trying to get it set up. It also doesn’t help that we’re talking like 6000 or more songs to move around, so I don’t want to go back and re-rip all my CDs back into my library. Then there’s all my playlists. I also don’t want to have to go back and recreate all of them on top of it. Crossing my fingers a solution I found online will work.