Wow, where do I start. I promised y’all some explanation of what’s been going on in my life lately that has had me so thrown off my game. I think I’ll start with the easier one to tackle. My son ended up in the ER this week. He’d been fighting to breathe pretty bad, bad enough the Nurse Careline said to get him in right away. The nurse even suggested I call the emergency number if I couldn’t get him to wake up. Thankfully, he woke

up—though he was much less than impressed with being rousted like that. It turned out to be nothing more than an upper respiratory infection from a virus. Not much anyone could do about it. However, it had enough similarities to some of the nasty viruses going around, like the polio-like virus that’s been in the news. Scary time for a bit there but thank everything good he’s better now.

Now on to the more complicated mess. I’ve shared with y’all that I am the program director for an adolescent co-occurring treatment program. As such, I field most all the problems that happen in the program. The program I run has been around for almost twenty-five years. You would think there’s been a lot that’s happened in that time frame, and there has. On the other hand, the last two weeks or so have led to at least three firsts in the program’s history. We had an out and out brawl happen that led to one client

being arrested and four more being evaluated at the hospital. Thank goodness all the injuries were minor, and the hospital visit was a precaution. Then, I had a client try to physically intimidate one of my staff that led to a complicated mess. The client solved that one for us. His solution? Steal the work van and take off in it, something that’s never happened in the history of the company before. The third event happened at the same time as this stolen van mess. Two other clients chose to stage a fight so one could get kicked out. Talk about a desperate move. And let me tell you, trying to keep up with how to manage all of this had me working an insane number of hours.

I have one other somewhat related issue that’s complicated this last week or two. I’ve been sick. The first time it was just a cold, but that triggered my asthma. So, I spent like three weeks coughing my lungs out. Of course, that got complicated by the fact that my primary doctor for my asthma is retiring, which meant I had to get a new doctor. I gave in and did so. The one thing that worked out for me with that was I do like the new doctor I found. Then, just about the time I got my asthma under control again, my son go 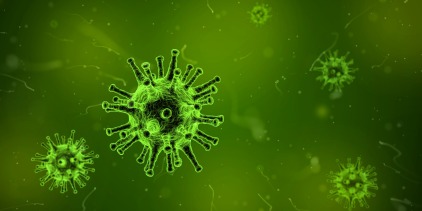 t sick and he decided to share with me. And, because it’s my life, this virus settled in my lungs and I’m back to coughing my lungs out again. At least I’m still on all the asthma meds so I should stand a fighting chance of keeping that from flaring again. I hope.
Anyway, enough of me whining about my last couple weeks. What have y’all been up to?