Man, I had a lot going on around here. Yes, that is some of the reason these posts are rather sporadic again. The biggest change to blame for that is my husband got moved to second shift. He had been working third, which worked well with our schedule and life. However, suddenly, the company he works for announced they’re eliminating third shift. 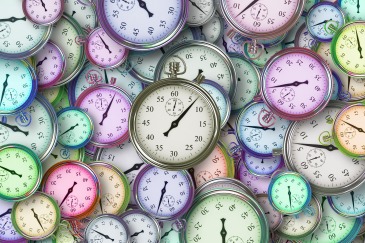 So, he was left with a choice between being out of a job and taking a second shift position. He chose the latter because not working isn’t a realistic option. But that leaves me fielding everything alone in the evenings now. Cub Scouts, swimming, church, homework, etc. Now, it’s not that I can’t manage these things on my own. It’s more an issue of I haven’t had to for a long time, which is creating the challenge right now to figure out just how to make everything work. I’m getting there though. And what can I say? Life is always an adventure.

I’ve taken up a new hobby. I know, like

I needed yet another thing to be doing. But it’s so cool! There’s a super cool website, letsmakeart.com, that has amazing tutorials. They’re free and they make these projects feel so doable for someone like me who hasn’t painted in over twenty years. Even when I painted, I didn’t do it much and didn’t have a ton of skill with it. I think the thing I like best about watercolors is that I don’t need to be proficient at details. The medium lends itself well to the loose and fuzzy interpretations of things I am confident I can handle. And my son is having a blast painting with me. He does such a good job of sitting up at the counter, listening to the instructions, and following along. I love that he’s having so much fun with it. And it’s such an easy activity for him and me to do together.

I know, I know. I’m way super late to this party. But guess what? I’m okay with that. We just got Netflix this weekend. I’ve been looking at how much we’re paying for cable and it’s crazy. Even if we end up with like three or four streaming services to cover our

favorite shows, it’ll still be cheaper than what I’m paying for cable. And I’m excited to watch some shows everyone’s been talking about, like The Witcher. Plus, I’m discovering they have a ton of good kids programming for my son. Including some of my favorite shows from when I was a kid. I need to get my watch list built up, though. So, hit me with your suggestions for stuff to catch on Netflix!