Man, oh man, it was busy in the clinic the last week or so. I know part of it is that I am on vacation now, so I wanted to make sure I was caught up before that. But, even taking that part out, things still went totally off the rails there for a while. There’s a part of me that

so wishes I could tell y’all some stuff that happened. However, there are these things like HIPAA privacy laws and 42.2 Code of Federal Regulation that addresses confidentiality, and I’d rather not lose my job over talking about it. Cuz that could get messy and all, and my husband would get irritated with me. So, on this one you just need to trust me that the truth is stranger than fiction.

I’m excited to start on a new journey with my son. He turns eight next week—Holy bajeebers how did he get to be eight already??? So, for his birthday we got him a subscription to a kids art box from a company called Let’s Make Art. I love this company because they don’t force anyone to buy their products to complete their posted projects. Their tutorials are free, and they are up front about the supplies needed for the projects. 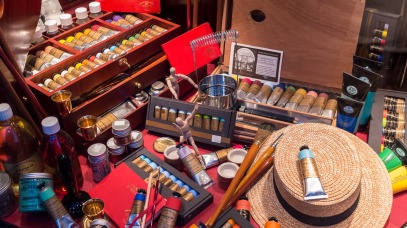 So, yes, I spend some money with them to support such a wonderful company. And the stuff in the kids box is so cute. This month he’s got several paintings to work on and a cute little cactus painted on a rock project. Plus, there are several little bonus activities in the magazine that provides all the instructions for the projects. Then, he gets a fresh box next month with more stuff and he is so thrilled with this present. It will be so much fun to see him work on these.

I think my editor may soon kill me. Not literally, just to be perfectly clear on this note. More like she will make my life miserable until I get my butt in gear and get her my manuscript for Nightmares. I have most of it done, did some editing on it, and have the ending plotted out—as much as I ever plot things out, but it’s not finished. This has been a harder book to write than the previous two Black Ops books, in part because the 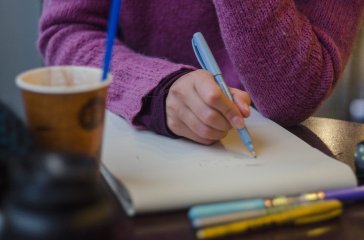 themes in this book hit a little closer to home. I also see a little more of my self in Devin than I do in Eli or Shawn, though there are some very distinct differences between me and this character. I don’t want to fall into that trap of turning my main characters into extensions of myself. That just doesn’t end well, no matter what you do. But I’m getting there. My goal this week is to get as much of the ending written as possible, given I’m on vacation this week and don’t have a ton else to do. Well, that’s not true, but it’s not things I want to do, and I’ve decided this vacation is about me. So, wish me luck in finishing this thing and in avoiding a figurative death by my editor.