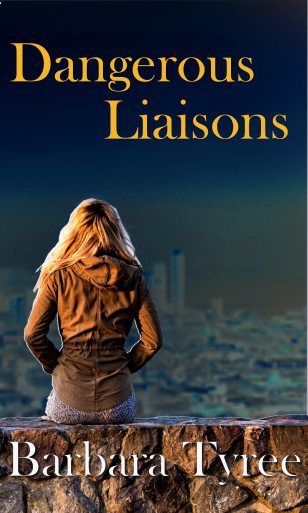 FBI Agent Sierra Lancaster worked undercover with her partner for eighteen months until a shoot-out put her partner in the hospital. They were assigned leave to recover, but life had other plans. One thing led to another and Agent Lancaster found herself back in her hometown confronting her demons while trying to save the town. As she dug deeper, she discovered even her past is not quite what she knew.

There were several things I loved about this book. First, the characters were well written. I felt like I could connect with them and had a vested interest in what happened to them. Their behaviors and reactions felt realistic and genuine pretty consistently throughout the book.

I also loved how Tyree managed to weave in so many different threads to the overall story. Each thread played off the others well and kept me interested in the story as a whole, yet they also remained distinct storylines.

Another big thing I loved was how Tyree handled the overall plot. The story overall felt well-paced. She kept the action going enough to get me to continue buying into the story throughout the book but didn’t have it rolling too fast either.

d two things I struggled with a little in this book. First, there were a couple points in the plot that didn’t seem to flow well. I’m not going to give away a bunch of details as I don’t want to spoil it for anyone. In one or two spots, things seemed to jump ahead a little. It wasn’t enough to be distracting to me, but they did catch me off guard a couple times. And, in a couple other spots, the plot felt predictable. Again, it was only in a couple spots and I don’t think it detracted much at all from the novel.

The other thing I struggled with is just a personal pet peeve, so please keep that in mind reading this review. A couple of Tyree’s more police procedural scenes came off as more movie police procedure than real life police procedure. The biggest thing is that police do not aim at a perpetrator’s hand to shoot a gun away from them and stuff like that. Again, this is a minor issue in the grand scheme of things.

Overall, I really enjoyed this book. Tyree did a nice job creating a thriller that engaged and entertained. I would definitely recommend this book to anyone who loves the mystery/thriller/suspense genre. Get your copy here.

Follow S. Overby's This is Not Hitchhiker's Guide on WordPress.com
The Big DayApril 3rd, 2020
The big day is here.