Tonight I have an interview from the wonderful T.S. Dickerson for you. She is a several time published author who recently released her first book, The Scarring Underneath.  T.S. is the author of “Twice Made Vows” in the Mirrors & Thorns anthology. Here’s what one reader had to say about her story: 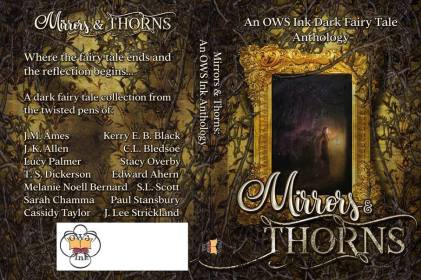 Twice-Made Vows is incredibly well written. It made me feel like I read an entire book. It had passion, murder, and intrigue! It was suspenseful and had an awesome, horrific ending!

So, without further adieu, here she is!

What should we know about you?

Hi! I’m T.S. Dickerson and I wrote “Twice-Made Vows,” a dark fairy tale included in Mirrors and Thorns. I’m thrilled to be in the company of thirteen other authors for a really fun anthology. Though I’ve been writing my whole life, it is only in the last three years or so that I’ve begun to take my passion seriously.

I was born and raised in Montana, I’ve lived in the Pittsburgh area of Pennsylvania, and I currently reside in North Dakota with my wonderful husband, two human children, and dogs, cats, and guinea pigs!

Music and writing, how does it work for you? 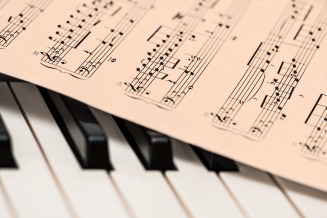 Music has become a huge source of inspiration for me over the last couple of years. I have playlists for all of the big projects that I’m working on but, oddly enough, I can’t listen to those playlists while I’m actually writing. Anything with lyrics is too distracting! So, I listen to the playlists while I’m outlining, creating graphics, before I settle down to write, whenever. Then, I have a collection of instrumental music – everything from video game soundtracks to Lindsey Stirling – that I sometimes listen to while I write.

I also have a musical background. I took piano lessons, participated in band and choir, took private voice lessons into my college years. So, I’ve actually taken to writing music that my work inspires. Most likely, no one will ever hear this! I just don’t have the time to become proficient. But, it’s fun and really gets those creative juices flowing!

If you were stranded in the middle of nowhere with no hope of rescue for at least 2 weeks, what 3 things would you make sure to have with you?

I think most writers would say this but, one would be a notebook (a nice, thick 5-subject), and two would be a box of pens. For my third item, I’d probably pick one of my dogs for companionship. Granted that would be another mouth to feed so hopefully I have all the survival equipment I’d need. (I would hope my kids were home safe!) If that’s was the situation, then it would be more like a vacation than an emergency!

Inspirations and ideas—where do you find them?

Absolutely everywhere. This is one thing that has never been a problem for me. Turning that inspiration into something complete and useable is another story, of course. But, I get ideas from dreams, from people watching, from taking walks or driving, seeing an abandoned building, or a broken TV someone dumped in a ditch. I get ideas from nature, from TV shows my kids watch or books I read. This is why I have to have a notebook attached to my hip. (Or at least a good note app on my phone!)

If you could meet one fictional character, who would it be and why?

Anne Shirley from Anne of Green Gables. I think we are kindred spirits and I’m sure we would be bosom friends! I think she is so strong and spunky and hilarious and I know I would be a better person for the time I spent with her.

What is the one piece of advice you would want all aspiring authors to know?

I’ve heard this advice just as a general life tip and I’ve heard it adapted for writers, too. I 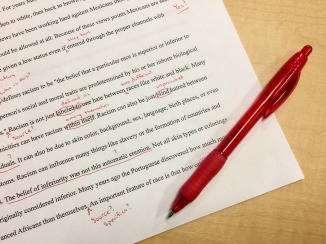 have no idea who said it first, but it has been the most helpful thought for me.

Writing can be very intimidating, because you’re entering a world of fantastic, life-changing, inspirational people. It was hard for me to stay motivated to keep at it when I thought of all the books and authors I have loved and how strong they are. So, to keep moving forward, I have to focus on improving my work, not on competing with anyone else’s. I think this keeps the task manageable and keeps the focus in the right place.

I’m always looking to interact with people on social media, so feel free to follow me! My post-apocalyptic romance The Scarring Underneath released earlier this year and I invite you to read the first chapter on my website http://www.tsdickerson.com. Big thanks to Stacy for giving me the opportunity to visit her blog!

Get your copy of Mirrors & Thorns today!