One last character study before NaNo starts tomorrow!  Can I just say I am loving Devin right now?  Anyways, here’s one more little peek into his past thanks to the Master Class prompt over at Our Write Side.  We had a Halloween prompt this time.  Also, be warned, there is a little bit of vulgar language and implied/depicted violence in this particular bit of Devin’s story.

Devin watched the two soldiers enter the cemetery.  Green mist swirled around the life-size effigies to the Yordani dead, giving the whole dark, wet place a ghoulish graveyard look.  It was the perfect setting for what he intended to do.  These two were the culprits.  Such a heinous act demanded retribution.

“What the hell are we doing out here, Jones?”

“For the tenth time, Martinez, orders are to check for reported insurgents in the area.  What is so difficult about that?  Get it through your thick head, stop bitching, and do your job.”

“Damn place gives me the creeps.”

Devin smiled.  He was about to make their night a whole lot worse.  Replacing his helmet, Devin circled behind the two soldiers.  The flat black of his battle suit let him lurk behind them unseen.  Devin shook his head as he crept up within arm’s length of Martinez.  He tripped the flasher he left behind one effigy.

They all froze.  Jones signaled to Martinez to cover him as Jones headed off to check it out.  As soon as Jones passed behind a stone statue, Devin struck.  He kicked out one knee as he snaked one arm around Martinez’s throat.  Devin’s other hand covered Martinez’s mouth.  Martinez went rigid when he caught a glimpse of Devin’s helmet.

“There is no honor in what you have done,” Devin’s voice distorter created a harsh rasp in his normally smooth voice.

“There is no side for what you have done.  Retribution must be paid.”

“It was nothing!  Jones started it!”

An hour later, Devin stood in his quarters and stripped his battle suit from his bruised body.  Jones fought more, but neither was a match for Devin.  Neither of them would harm anyone again. 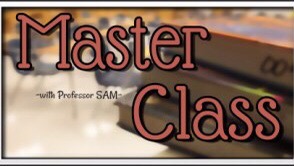 2 thoughts on “Character Study – Off Script”