For the first time in a while, I’ve got a little flash piece for you. It’s from the #SwiftFicFriday prompt over at Fiction Trials. We get a prompt, 4 hours, and 150-300 words. It’s an odd little piece, but that’s what came to mind this week. I give you –

My head is spinning

while my heart flounders

awash in a sea of emotion

too tangled to define.

She stared at the screen; the cursor blinked its insistence that she continue. What came next? So much kept washing through her mind, through her heart, she couldn’t find the words. Things had gotten so crazy so fast. How had she ended up in a ratty motel with US Marshals watching her every move?

A knock on her door filled the silence. She assumed it was a Marshal and waited for the 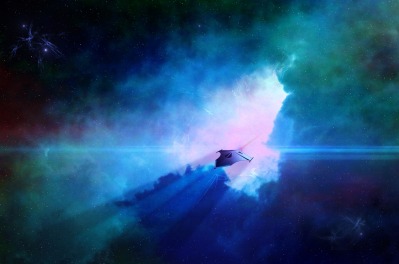 officer to enter. When the door remained stubbornly closed, she got up to investigate. First, she double-checked the locks were all in place. Then she peeked out through the door viewer. A tall man with dark hair stood waiting with a polite expression.

“This is a cliché,” she muttered to herself. “Tall, dark, and handsome federal agent protecting the girl.”

She started to open the door but realized her mistake too late. This man was no agent. She tried to slam the door shut again, but he shoved it open, then threw it closed again.

“You’re in grave danger. You need to come with me right away.” His voice filled the room in a way she’d never heard before.

She backed up, grasping for anything she could use as a weapon. “Who are you? Where are the police?”

“They’re the ones who are putting you in danger. The murder you saw was more than it seemed.”

“What do you mean?” She frowned at him, heart thudding.

“They weren’t from Earth.”

“I’m not.” He rolled up his sleeve. Just past his wrist, his skin shifted to a mottled blue. “Come with me. I’m trying to save your life.”

She swallowed hard and took his hand.

2 thoughts on “A Different Blue”

Follow S. Overby's This is Not Hitchhiker's Guide on WordPress.com
The Big DaySeptember 27th, 2020
The big day is here.