It has been entirely too long since I’ve written anything for here. I know I told y’all about

some stuff that happened at the end of the year last year. Well, some of those hits just kept on coming at the beginning of this year, and it’s only February. I am ever so thankful the hits so far this year haven’t been as big or serious. It’s a key difference I don’t want to downplay. And, I’ve still had a challenging start to the year. But my goal is to get back into the swing of things and not neglect my personal stuff, like this blog. I’ve struggled to write because I’m so tired by the end of the day, my mind is gone. The words just don’t work anymore. I also know if I don’t write, the stress and drama build up and makes things worse. So, here’s your warning. Some of my stuff posted here may not be polished and edited to its absolute best. That’s not what this blog is about, though. It’s about being off the cuff, a little weird, and most of all—fun. The therapeutic part for me is the bonus prize. 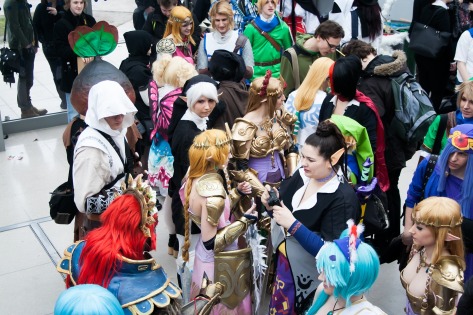 I have cool news for y’all! It’s a Cyber book convention! Yep, you get all the coolness of a convention from the comfort of your living room. You don’t even have to wear pants. See, there’s been this book convention, called B2B Cycon, that’s been around for several years. This year, though, the organizer—Angela Chrysler—had things come up where she couldn’t organize the convention. She gave her blessing for anyone who might want to pick it up. Our Write Side stepped in and took on the convention. It’s now called OWS Cycon and will feature multiple events for readers, bloggers, booktubers, authors, and anyone connected to books and the publishing industry. I am so excited to be part of the team getting things organized and planned for this event. It will be amazing. The best part, it will be one of the least expensive cons you’ll attend. Unless of course you spend a ton of money buying all the awesome books that will be there. Here’s where you can find information about the event, sign up to participate, and more. And check back often. We’re planning things and adding things almost every day!

I don’t remember if I told you this already. Sorry if I’m repeating myself. Just within this last year or so, I finally found a name to all the headaches and issues I’ve had most of my life. Migraines, tension-like headaches, knots in my back that felt like someone was stabbing me, and even some jaw problems I’ve had. Most of it’s the

headaches, though, and they’re called cervicogenic headaches. In other words, there’re problems with a couple vertebrae in my neck. When they get out of whack, they trigger the headaches. There’s one just low enough into my upper back, it also triggers the fun knots. And it’s all thanks to my physician’s assistant who referred me to the chiropractor about a year ago when the headaches flared up again. After my initial appointments with the chiropractor, I couldn’t believe how much better I felt. Now, I go see him as needed. The best part is I went nine months without a migraine and only a handful of headaches the entire time. Nine months. This is huge considering I hadn’t gone for more than a month, or maybe two at most, without migraines and headaches for the last 25 years or more. I’m telling you, I feel like this was a miracle. And it’s so easy.

Follow S. Overby's This is Not Hitchhiker's Guide on WordPress.com
The Big DayMarch 30th, 2020
The big day is here.